Composition of the thermal water

Thermal water is a type of natural mineral water that is proved to have medicinal properties. In 1925, as a result of deep drilling, 75°C thermal water rose to the surface from 1100m deep in the ground. The water was examined and found to contain iodine, bromine, common salt and bicarbonate. Tests showed that the water also contained bitumen with estrogen bound to it, as well as other trace elements such as titanium, vanadium, copper, zinc, silver, strontium, barium and lead.

“Water from Hajdúszoboszló is unique. We have not found water elsewhere that is comparable to it in its composition and temperature,” said researcher Dr János Bodnár.
“A unique physicochemical feature of water from Hajdúszoboszló is that its concentration and composition is rather similar to that of human tissue fluids. It is also interesting compared to seawater. It contains, after all, the spirit of seawater from the Triassic period. In terms of its common salt content, it is five times more diluted than seawater and it differs from it because of its low content of magnesium and calcium, and the considerable amount of hydrocarbon in it. Despite all this, it can be effectively used for relaxation and recovery just as any other seawater with similar density,” said balneologist and university professor Dr Zoltán Dalmady.

More details about the components: 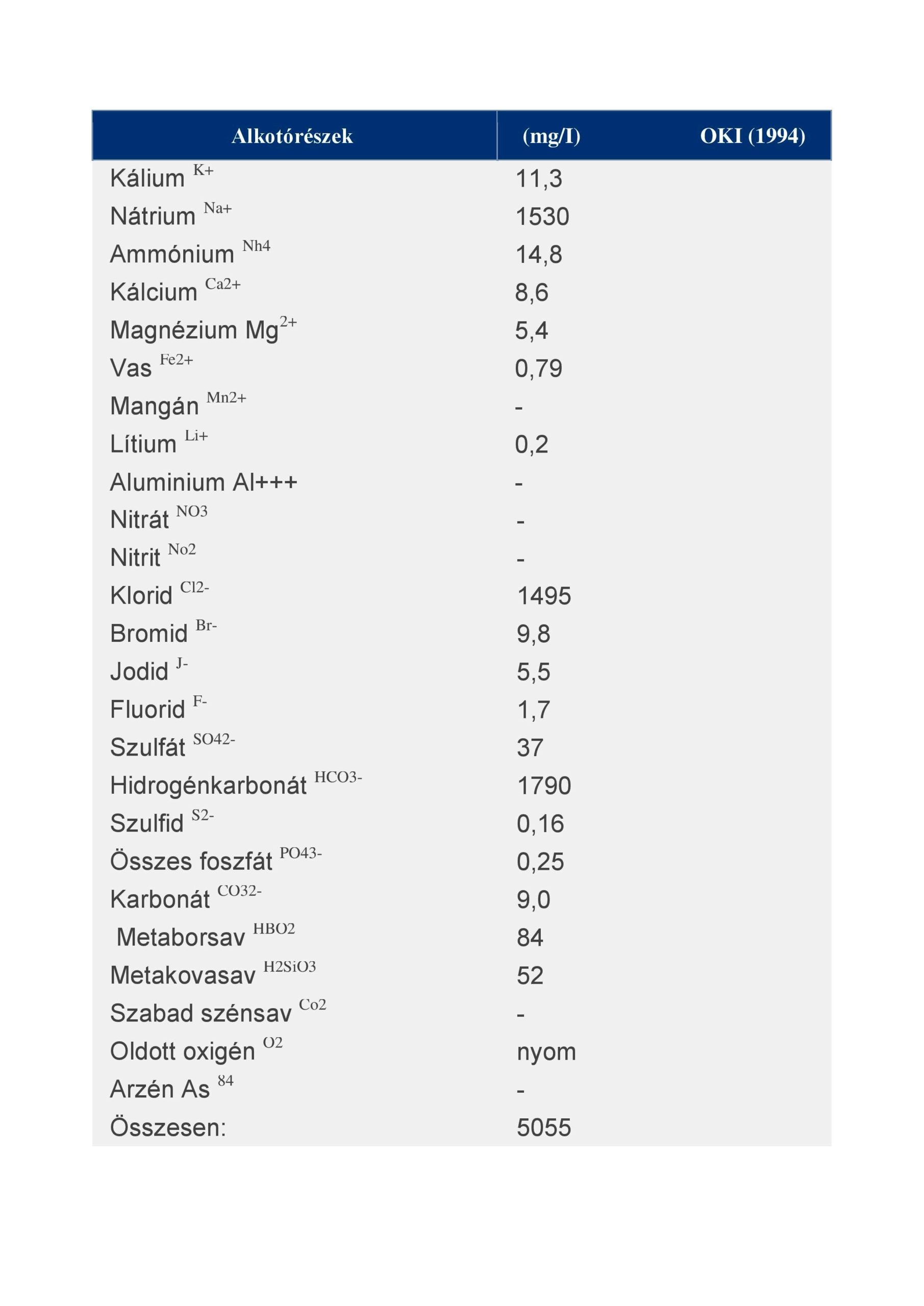 Thermal water has been verified to have medicinal effects on the following illnesses:

You should not visit the spa if you have one of the following diseases: